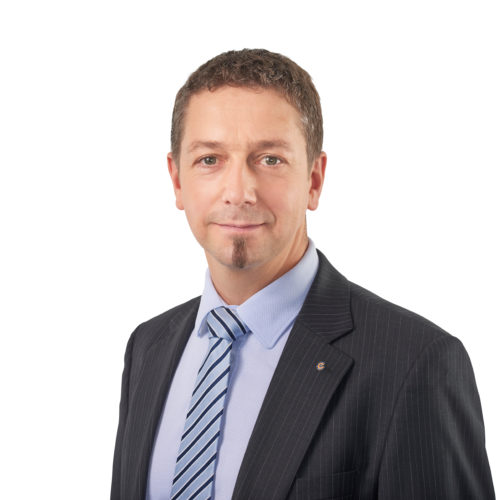 Andreas Eberharter is Technical Solutions Director for Jenbacher products, his team focuses on orders enablement (technical support), demand creation (plant and grow initiatives) and sales enablement (deliver tools & training for the commercial team).
From 2009 until 2015 Andreas was product manager for several of GE Jenbacher’s gas engine families including type 4 (1-1.5 MW), type 9 (10MW) and other new product introductions with a strong focus on commercial launch.
The products are used in stationary applications ranging from power generation to trigeneration (production of electricity, heat & cold) and are driven by fossil & renewable gaseous fuels.
Andreas joined GE in Jenbach in 1996 as an electrical engineer by profession and gained deep product knowledge by working in different departments like R&D, electrical design and project management where he also spent one year working in Barcelona.
After returning from Spain, Andreas was sales manager covering several countries like India, Bangladesh and Iran. Prior to becoming the Strategic Marketing Leader in October 2006, he was product manager for the Jenbacher type 6 gas engine family and Project Leader for the development of the J624 for power generation applications.
As Strategic Marketing Leader, Andreas was focussing on market & competitive analysis and strategy development relevant to the Jenbacher Gas engine segment for stationary applications. In this position Andreas was member of the “Executive Committee” and Chairman of the Manufacturer’s group of COGEN Europe.